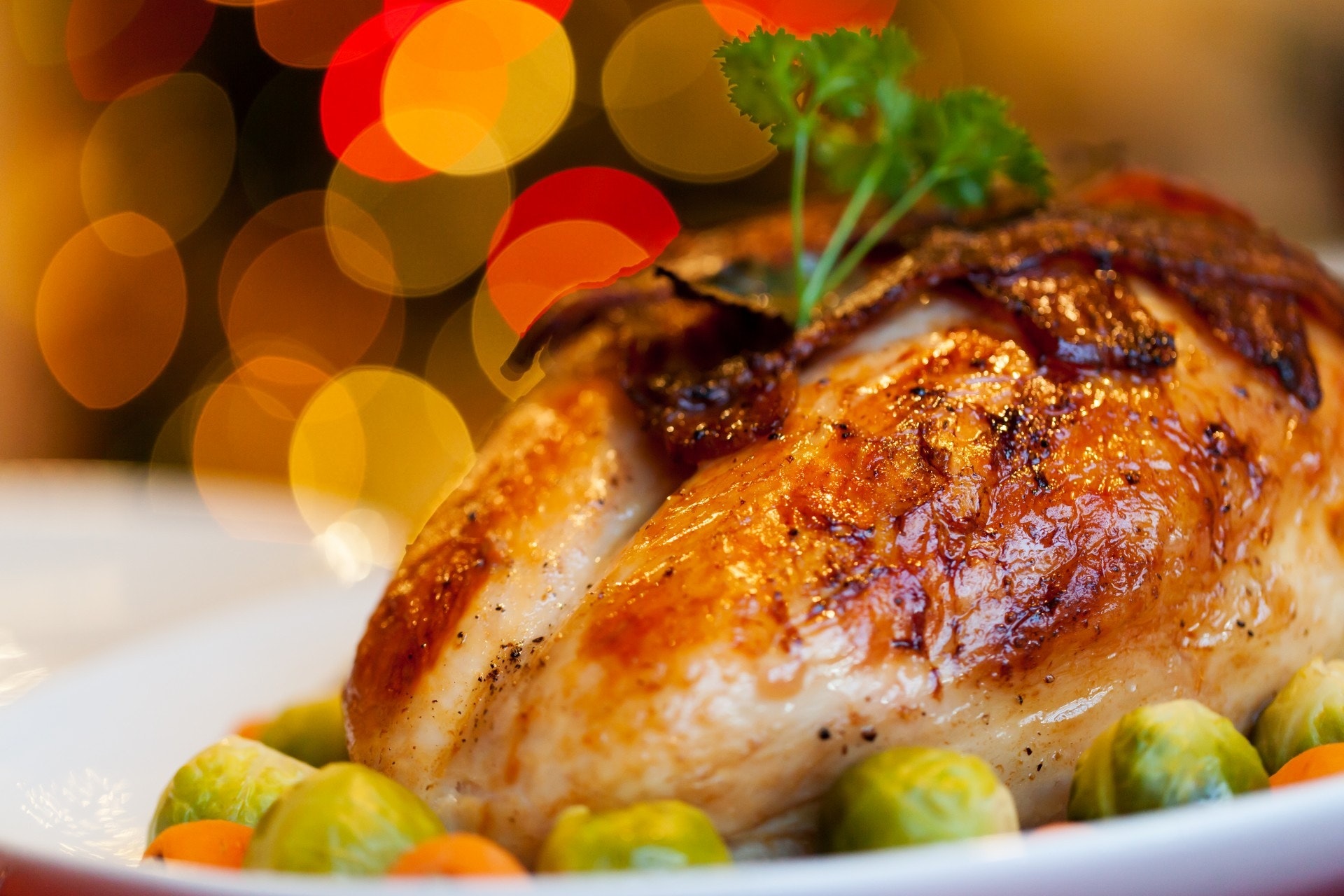 In case you haven’t already noticed, I am terrible at writing blogs in a timely, or consistent manner. I spend most of the week staring at a computer screen that most days when I get home I don’t even bother opening up my laptop. However, I am honestly planning to do this more regularly and would like to blog about more things other than just the alpha-gal, we will just have to wait and see.

A lot has happened in the last few weeks since my last post, some career wise, and quite a few in regards to alpha-gal; but I will get to those in a bit. The most obvious being Thanksgiving, which if you are in the same boat as I am, having to worry about what you can and can’t eat at a family function is no fun, but it is something that I now have to consider. Luckily my amazing wife is always on the lookout because I see Thanksgiving food and I just start salivating like Homer Simpson.

Normally I would dive in on the ham, especially if it was cooked with cherries & pineapple, and the green beans with ham-hock, not this year (womp-womp). We ended up having 3 different dinners to attend, one at my brother-in-laws house, one at my aunt and uncles, and one at my sister-in-laws. My wife’s brother and his wife purposely prepared all of their food without any red meat which was great and very kind of them. They of course had a ham for people that wanted it but everything else was in the clear.

As you’ll find out later in this post, alpha-gal is becoming much more prevalent & common than what I initially thought.

Oddly enough, we made a very interesting discovery when we arrived at my aunt and uncles house for dinner, we were introduced to his father-in-law who has alpha-gal as well. This was the first opportunity I had to talk with someone else who was going through this so of course, I was immediately drawn into conversation with him for most of the night, and Amber spent much of the time talking to his wife and getting some very useful information from her. He did not find out until he was in his mid 60’s that he had the red meat allergy. They both gave us some great information for different restaurants that offer better service than others and some to stay away from completely, and kindled a friendship with Ernie because of this funny allergy we both share.

Not even a week after meeting Ernie, whom I shared this fickle allergy with, I have discovered two other people who have recently been diagnosed with alpha-gal. One day, my dad and I were walking through Wal-Mart and I just randomly overheard someone talking on their phone, not sure what drew my attention to their conversation but I overheard them say to the person they were talking to “Yeah, apparently he can’t drink milk, eat butter, beef, pork, or even venison”. I turned sharply and quickly asked “Tick bite?”, the guy immediately replied “Yes, my friend just found out and he’s only 18 years old and was told he is severely allergic to red meat”. This took me by surprise because sure, I had met one other person with alpha-gal, but I just thought we were just the unlucky ones.

Remember that quote up above? The one about this being much more common that I had once thought. Well, three days later I walked next door to my landlords house to pay rent. As soon as she opened the door to welcome me in she asks me if I had alpha-gal, she said she couldn’t remember who told her but she just found that she also had alpha-gal. She then began telling me how she found out, that she had ate hotdogs/hamburgers with her husband and family and noticed later in the evening that her lips and face were starting to swell up.  After a series of tests she said her doctor finally decided to draw blood to test for alpha-gal. A quick trip to pay rent turned into me sitting down with my landlord and talking about how wild and crazy of a concept as being allergic to red meat is. She asked for some helpful tips for different foods, she was curious about turkey burger and explained how she used it in some chili but wasn’t sure how it would do in patty form. (Heads up, it doesn’t work out, just buy the preformed patties instead!).

So with this in mind, it is starting to become more evident and clear that this is not just a once in a while case or diagnosis. Alpha-gal is starting to appear to be much more common than most people would even begin to believe. But why? From my research, the first case wasn’t really discovered until 2002, which is not that long ago. Granted, it could have been happening for decades previous to that and no one would have known because no one tested for it.

The allergy was first formally identified as originating from tick bites in 2002 by Thomas Platts-Mills. Platts-Mills and Scott Commins were attempting to discover why some people were reacting negatively to the carbohydrate in the cancer drug cetuximab. They had previously hypothesized that a fungal infection or parasite could lead to the allergy.

When Platts-Mills was bitten by a tick and developed alpha-gal allergies, his team came to the conclusion that a link existed between tick bites and the allergy. They found that the IgE antibody response to the mammalian oligosaccharide epitope, alpha-gal, was associated with both the immediate-onset anaphylaxis during first exposure to intravenous cetuximab and the delayed-onset anaphylaxis 3 to 6 hours after ingestion of mammalian food products, such as beef or pork.

The above quote is from Wikipedia, but as you can see, it was more or less by flat out chance that the alpha-gal allergy through tick bite was even discovered. It really is quite mind blowing, and very fascinating if you really think about it.

After getting this far into it, I have decided to split this post into two parts. This first one will cover mainly alpha-gal and to provide a small update on what has occurred over the last few weeks. The next one will be a little more technical in its context as in it I will talk about the recent presentation & talk I gave at a local security conference.

Alpha-Gal: What is it?