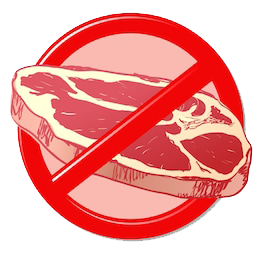 So before I even begin to take you on this roller coaster of a journey I’m on, I want to take a minute to give you; whoever you are reading this, some insight into who I am. I’m Zach Tackett, I am 29, I live in Southeastern Ohio along the Ohio River, and I work in I.T. Not that any of that is really at all relevant to a single thing I’m gong to discuss; but either way it can give you some idea as to who I am.

This post isn’t about that, this is about something else. But before we get to that, let’s flashback to Spring 2018 to when I was taking my nephew Zackary turkey hunting. I don’t remember the exact date, as we were going every weekend if the weather permitted.

One day in particular I got home, showered and found a tick on me, no big deal right? I didn’t think anything of it, and a few days, a week or so go by. The bite started to look a little funky so I went to the hospital and got it checked out. The doctor didn’t think much of it as it didn’t have the typical sign of a serious tick bite, no bullseye pattern commonly associated with Lyme disease; so he gave me some antibiotics and sent me about my way.

Flash forward to July 4th, I spent the evening grilling hotdogs and burgers while my fiancé, Amber made desserts, punch and other goodies. Her sister and 3 kids came by, we ate dinner, watched the fireworks and played with sparklers afterwards. A seemingly typical evening to enjoy the festivities of the holiday, right?

Around 1:00 am or so that night Amber woke me up asking me to stop itching. I had been itching (more so digging) my legs so ferociously that I woke her up from a dead sleep. I was covered head to toe in hives, really bad hives, and was going into anaphylaxis. Amber rushed me to the ER, they pumped me full of fluids, Benadryl or some other type of antihistamine, some steroids, and made me do a breathing treatment. I remember at one point that I was convulsing pretty bad.

My memory after this is a bit fuzzy, between the amount of medicine they had given me, and the exhaustion my body was under at this point, I was starting to doze off and would routinely get asked some questions by a nurse, or doctor coming into the room. Some of the recurring questions were, what do you think could have caused this? What are you allergic to? Other than a few obvious things, nothing at all could come to mind as to what caused this, but something was pretty obvious, it had to have been something that I ingested.

After a couple of hours of being poked and prodded I got sent home with some prescriptions to pick up the next day. One of the things I also did the following day was to schedule an allergy test.

Fast forward to this past October 8th to the above mentioned allergy test; also a quick note, I’ve never had an allergy test done before. So, for those out there like me who have never had an allergy test done. The doctor took 100 samples of common allergens, foods, weeds, dusts, pollen’s, etc and did those tests on my back. Around 15 or so of which came back positive, so the ones that came back positive they then did intradermal tests on my arm to get a more conclusive idea of how allergic I was to those 15 allergens.

The results were a bit surprising, I found out that I am allergic to shrimp, lobster, and scallops; but not crab? I’m ok with that, I also found out that I am allergic to some different types of trees, weeds, and both cats and dogs. What was even stranger was that, none of the allergens that came back positive would have caused the reaction I had in July.

After the tests the doctor asked if he could run some blood labs to test for something called Alpha-gal. Now, this is the entire point of this blog, and this post in general. So I had blood drawn to test for both alpha-gal, as well as to see how severe my allergy to those certain types of shellfish was.

So what exactly is Alpha-gal?

Alpha-gal syndrome is a recently identified type of food allergy to red meat. In the United States, the condition most often begins when a Lone Star tick bite transmits a sugar molecule called alpha-gal into the body. In some people, this triggers an immune system reaction that later produces mild to severe allergic reactions when they eat red meat.

The doctor requested that I refrain from eating any red meat for the week until the results of my blood tests came back. I had only heard of this sort of thing in podcasts, mostly those from Joe Rogan and a few others that I listen to on occasion. Anyways, I waited the week, bugged the doc a few times because the majority of my diet was based around red meat, plus deer season was coming around and I wanted to harvest a deer for the meat.

That following week, the tests came back and I got a call from the doc. My blood came back positive for alpha-gal, and in an excruciatingly high number too. The doctor went on to tell me that the present level of alpha-gal that was detected within my blood was the highest he had ever seen.

For a quick explanation, in case you completely ignored the block quote above. Alpha-gal syndrome is a type of food allergy to mammalian (red) meat (beef, pork, lamb, venison), basically my favorite foods. You can only get alpha-gal from a bite from the Lone-Star tick, or from a certain type of cancer medication. So remember that tick bite that the doctor nonchalantly ignored back in the Spring?

When that tick bit me, it released a sugar molecule (Galactose-alpha-1,3-galactose) into my bloodstream, that made it’s way into my gastrointestinal tract and settled there. The immune system then develops antibody molecules called IgE that are specific to the alpha-gal allergen. Once this occurs, you are prone to have allergic reactions upon consumption of alpha-gal containing foods.

There is no known cure, or treatment, and the opinions of professionals as to whether or not alpha-gal will eventually go away isn’t certain. There have been reports that the allergy can eventually go away but each subsequent tick bite you get, makes it worse.

So, from here on out, I’ll be (poorly, and occasionally) blogging about certain aspects of dealing with this lifestyle change. If you know someone who is dealing with alpha-gal, have them check this out. I won’t promise that it will be entertaining, but you never know.

One a quick note, one thing I have definitely noticed is that I do not get headaches/migraines nearly as much as I was before I stopped eating red meat all together. I would get headaches every single day, lasting almost the entire day. If I ate large portions of red meat, or something that contained broth or stock, I would get horrendous stomach pains.

So keep that in mind, try to be cognizant of what you are eating and how it may be affecting you.